In January 2014 we installed 5 large foil tanks with a storage capacity of 250.000 liters of rainwater captured from the school roofs in Mwena to provide the children with pure drinking water. The school was using concrete tanks but the capacity was not sufficient and the quality of the collected rainwater appeared to be low: lots of dirt and bacteria appeared to pollute the collected water.  For that reason AAWS not only installed foil tanks, but also added a solar driven UV WaterBox killing the dangerous bacteria such as E-coli and coli form.

From mid  March 2014 onwards it started to rain and we are happy to report that at present the system works perfect, providing good drinking water for the 1500 Mwena schoolchildren and their teachers.

It is the schools ambition to also start to deliver good quality drinking water to the nearby village by  using a simple automated payment system so that income can be generated by the school for operation and long term maintenance of the foil tanks.

For more information on this project  please contact us. 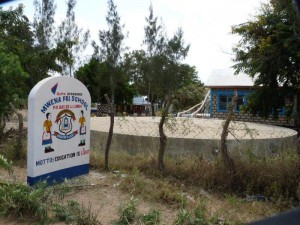 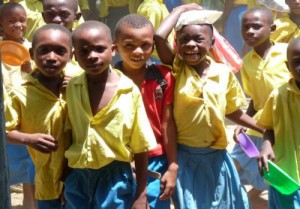 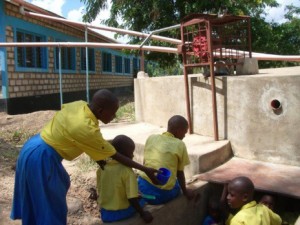