Viable business models are more important than ever. To know how much money can be earned with a business. To have a clear view on the operational cost are and how much money has to be allocated for (future) maintenance are vital items in such a model.

But models without having found proof for the numbers in the marketplace’ are worthless. And what is the willingness of your target group to pay for the product. And how about their ability to pay? Does the product have to comply with certain government rulings/regulations?

And last but not least what can be expected from competitors on the marketplace. How do they market their products and will you be able to compete with them?

AAWS has been working on sustainable businesses from 2002 onwards. In 2004 AAWS started its first water shops in which a combination of water and energy was sold. In 2006 AAWS was granted the World Bank Development Award for small Water Innovations and has been nominated since then for a number of other Awards as well.

We developed a unique water franchise model based on which small water shops in Indonesia were established and more recently we are working on sustainable water shops models using state of the art automatic billing systems. The latter is now being implemented in Gujarat, India. In a number of villages and in cooperation with a large variety of groups and entrepreneurs.

What can be expected

If you would involve AAWS in supporting the set-up of your business model expect touch questions to be asked. But also expect a guerrilla like approach to help supporting your product to become established on the market place once the model is proven and the product has to be introduced.

Let us know if you are considering the introduction of a new water-sanitation product on the marketplace and want to tap in on our long business experience. 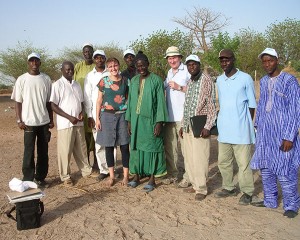 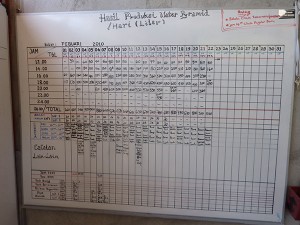